<< View More Sizes of This Product 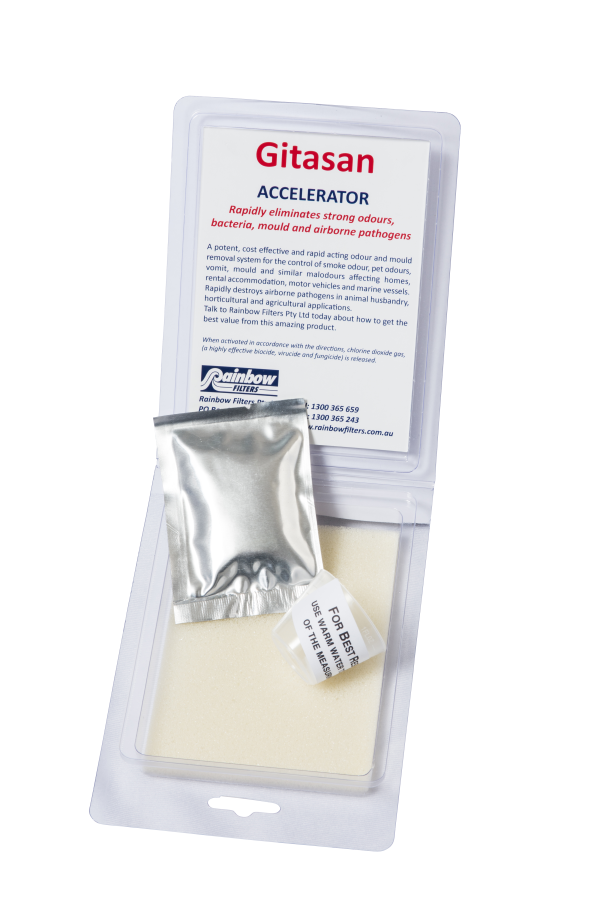 Talk to your Rainbow Distributor today about how to get the best value from this amazing product and more detailed data.

“While the gas treatment is successful in inactivating mould and bacterial colonies, the treatment comes with a caveat in that chlorine dioxide gas has corrosive properties and care has to be taken that the treatment does not result in the degradation of the contents as well as the components of the structure.”

(That said it is noted that chlorine dioxide is widely used to destroy and prevent mould in highly sensitive library environments).

“It has been used in the past, as the disinfection of the offices of the Hart Senate Office Building by the Environmental Protection Agency in 2002 was achieved with the help of clo2 gas. This treatment can be considered where buildings are emptied of sensitive items and the construction of the building is such that there are inaccessible mould contaminated areas. In conclusion, this study has shown that chlorine dioxide gas can be effective as a fumigant for the inactivation of certain fungal colonies.”
Centre for Indoor Air Research, Health Sciences Centre, Texas Tech University

GITASAN ACCELERATOR foil pack contains 20 gm of self activating chlorine dioxide (clo2) powder. When used as directed it is effective against small sources of malodour such as smoke, mould & H2S.

Depending on the area to be treated it may also actually destroy any mould present.
The pack releases 700 mg/l of clo2. This equates to 50 mg/l in 14m3